Ben has always been fascinated by making, building and dismantling things; every now and again he’d find himself watching random videos of people doing the same. After watching a video about knife making, he found his next project.

With limited tools and knowledge Ben set about making his first knife in his cellar at home. His first knife was made, followed by many others until he was surrounded by his new addiction. It wasn’t long before an order book formed and Blok Knives featured in the Derbyshire Times.

Blok HQ is now based in the village of Little Eaton, Derbyshire. Only a handful of knives are made by Jack and Ben [around 10-15 per week]

The knives are put for sale in the online shop every Friday at 1pm. They sell out quickly, so get your alarms set! 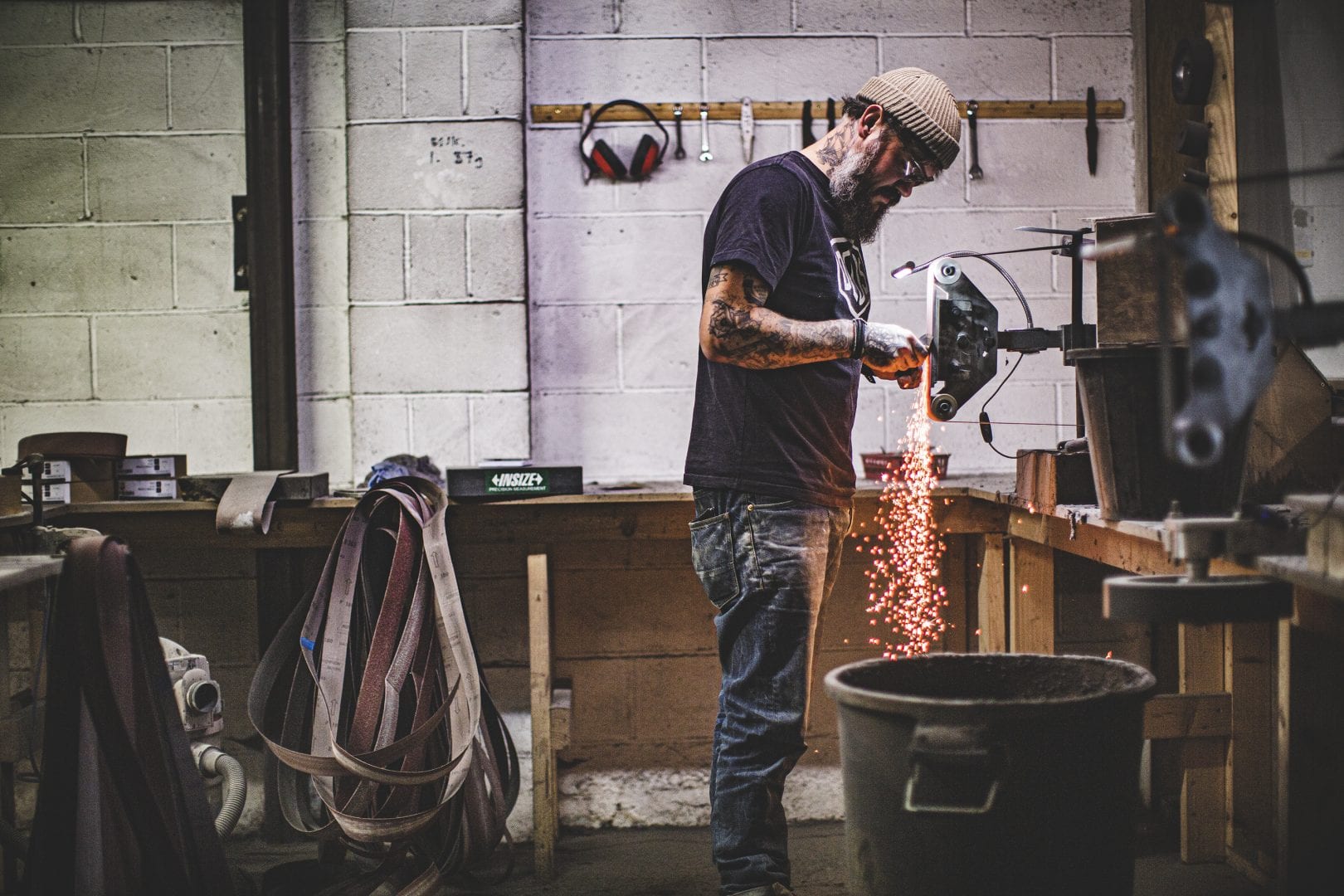 We've had the pleasure of working with...

If you have any questions about knives, please get in touch

Signup to get the latest news & announcements direct to your inbox